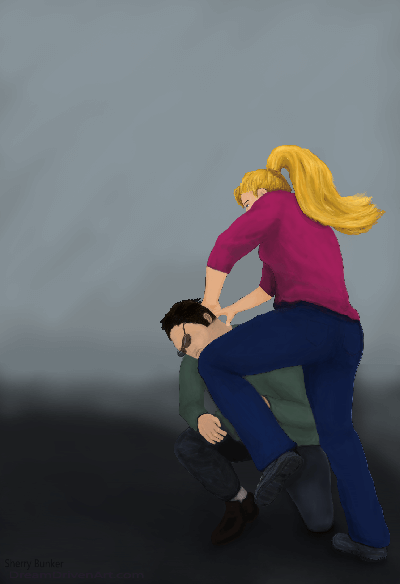 Recent Artwork – Book Cover Illustration So, I know it’s been awhile since I posted here again… I do have to say I’ve been busy working on a lot of things, and thought I’d share one of them here in a quick post… My dear friend, Dr. Carl Welliver asked if I’d be interested in … Read more

Drawings of Dragons & Free Photo Drawing Tools This is another installment of what I’ve been up to lately with this dragon… I recently wrote the post on Fantasy Dragon Art – Making of the Storm Dragon after adding colors and details to an earlier sketch done in the Fresh Paint app, which is a … Read more 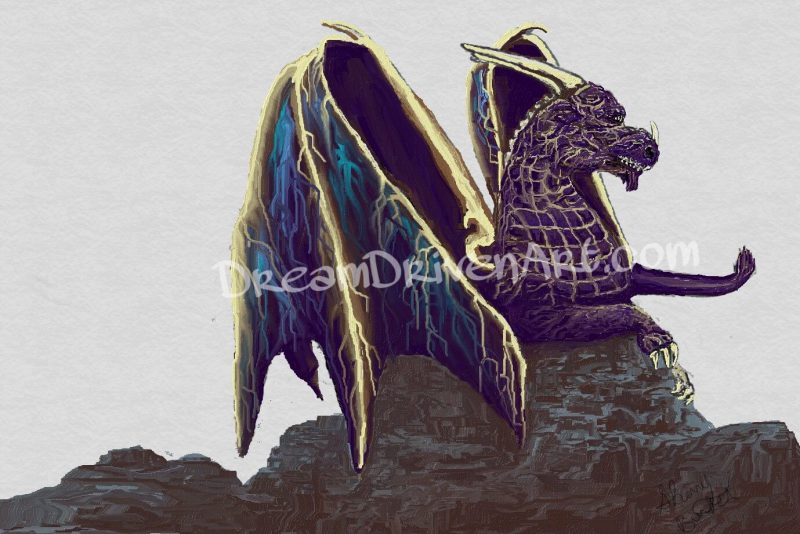 Just thought I’d finally do something with one of my earlier sketches that I shared here in digital format as sort of a simple sketch showing what the app Fresh Paint can do.

Well, I actually was aiming to enter it in a contest, but unfortunately it just didn’t get done in time…but, oh well….at least it’s done now.

Well, maybe…then again I might still add a few things, but we’ll see.

The Drawing or Digital Sketch

Okay, in case you haven’t seen the original sketch that started the whole thing here it is below

After looking at the sketch for awhile, I realized I had to start making out some details!

Dragons usually have some type of scales…so I began adding those, which took awhile in getting the placement the way I wanted, since yes, I’m still working on this digitally…using a mouse and no special tools at all…it’s just the Fresh Paint app and whatever brushes, pencils, and tools it offers for free.

Using just a mouse can be quite a challenge…but, if you’re determined you’ll get the hang of it. I know there are better ways such as using a drawing tablet, but since I don’t own one yet, I’ll work with what I got.

Adding an Under Layer of Color to the Dragon Wings

Next, I moved onto the wings of the dragon and added an undertone like you would if you’re actually painting with real paint…

Thought I’d see how it turns out and if it’s actually like painting.

So I mixed raw umber, burnt umber, and Prussian blue in varying amounts to make different shades for the under layer of it. The darkest color in the wings is the burnt umber mixed with the Prussian blue and the lightest is the raw umber.

I also used pale yellow on the lightest areas of the wings, which needed to stand out.

But, one thing to note is that these colors all mixed over the original background of the wings, which is a gray or silvery color. If you don’t want it to do this, you can use the little fan found in the bottom toolbar of Fresh Paint to dry the paint first.

Anyways, here’s the results of adding color to the wings…

Turning a Gray Blob into Rocks

Well, looking at the previous image, it’s kind of hard to tell what the dragon is leaning upon isn’t it?

It could be a bunch of rocks or boulders, but who knows…could be a flat Good Year blimp too.

So, realizing that I needed some areas of light and shadows, I started messing about with some burnt umber, Prussian blue, indigo, and sky blue…maybe a dab of dark red and medium gray, and brown ochre…

I remember adding all these colors to my palette…but, whether I used all of these, of that I’m not too positive now, lol.

Adding Color to the Dragon’s Body

And, a bit more details to the rocks…

Using yellow and yellow ochre with a tiny dab of raw umber I added an under layer to the storm dragon’s body…well, what you see of it anyways.

What the heck am I doing eh?

Adding the First “Real” Layer of Color to the Wings

Well, you didn’t think I was going to  leave it like that did you?

Nah, of course not! There is much to do yet!

So, I added some blue, dark red and indigo to get this….

Adding Some “Real” Color to The Dragon’s Body

Next, I added some of the same colors I used in it’s wings to add a layer of paint to the body.

And, as you can see I had a moment of experimentation on its wing here….

hmmm, should I keep that streak of light color blue?

Why is she adding such a different color on its wing, just why?

Truth is, I wasn’t quite sure yet…but, I kinda liked it there, lol! So, I didn’t want to get rid of it just yet.

So, we’re almost there! Adding that “real” color layer to its neck and head along with some little details in the head area…

I left that little blue streak on its wing still.

What on earth is that supposed to be?

Am I going to leave it there or what?

Did I….uh, forget about that?

Well, there’s a reason I ended up calling this one “The Storm Dragon.”

If you noticed the yellow, almost electric-like lines or fissures between its scales?

These little yellow lines, along with that little blue streak got me thinking of what it could become…

The Storm Dragon has Arrived!

So, I got a bit crazy with all kinds of lighter colors and added these little mini lightning bolts…

and it was finally done! Whew!

Well, maybe it’s done…for now it is again anyways. But, I just might do a little bit to that background yet.

Thank you for checking out my version of the Storm Dragon! Hope you enjoyed it…

And, if you did, please share it! I’d greatly appreciate it.

What do you think…any questions or comments? Have you ever used the Fresh Paint app before?

I’d love to hear from you…

And, after thinking awhile on what I wanted it to look like I came up with quite a different look.

Yes, I must admit it…

I went bit crazy on this…

And, somehow I actually ended up with not just this version, but another much lighter one as well…

What do you think? Much better looking, or did I go too far?

Again, I’d love to hear from you if you have any questions or comments about anything…

And do please share it if you liked it! I’d truly appreciate it 🙂

Plus, I went ahead and made a few different versions of it just to show what can be done using a couple of free apps. These can be found here on Drawings of Dragons – Using Fresh Paint & PicsArt

**BTW sorry about the watermarks…they’re annoying I know. There are NO watermarks on the prints, posters, or any other item you might order through my page at Fine Art America/Pixels of course!** FYI, I’ll be adding these there soon! *Twilight Storm Dragon is available there now, along with the lighter original version of the Storm Dragon (not the one shown above, without a background) featuring the dragon with lighter orange-colored clouds.

I haven’t added these prints yet to my pages here, but you can find them at Fine Art America by going to my other art for sale on my Prints & More page.

Need something similar done for you? Feel free to contact me with an idea of what you’d need done. Just hit the contact us button at the bottom right and fill out the boxes there, and I’ll get back to you asap to work out the details. I usually reply back within 48 hours. 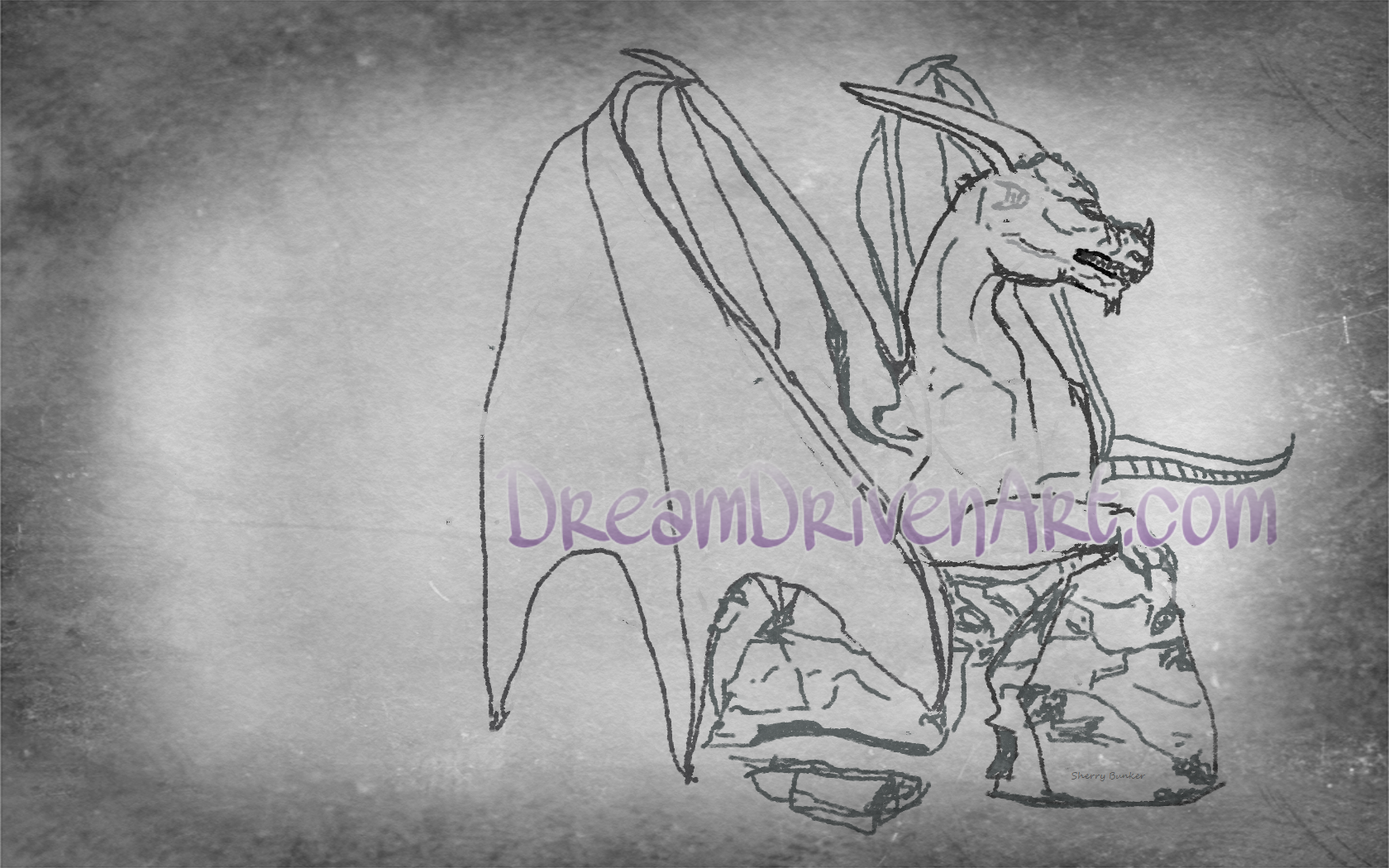 Using the fresh paint app to create from scratch this is the first sketch or rough digital drawing below. 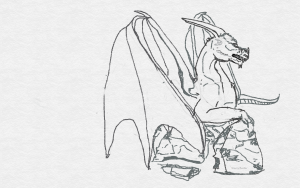 I then used the picsart app to add text (your site name) to your photo. In the featured image I also added a texture to the image using picsart textures. Here it is once I was done with it… 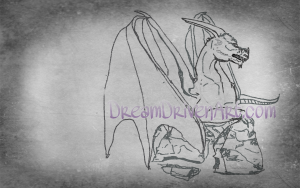 Well, not quite done….I’ll be doing more to this in the future…adding shading and color at some point.

If you’d like to check out what this digital dragon sketch has become, you can check it out on my post Fantasy Dragon Art – making of the Storm Dragon.